March is Women’s History Month! The world of reproductive medicine is filled with inspirational female pioneers who dared to be first! Here are some just to name a few!

Lesley Brown is the mother of the world’s first baby born from in vitro fertilization (IVF). Lesley and her husband, John, had been trying to conceive for nine years and faced complications due to blocked fallopian tubes. On July 25, 1978, in England, the couple welcomed their daughter, Louise Joy Brown, paving the way for millions of couples to have children via fertility treatment.

Dr. Rosalyn Yalow was a co-winner of the Nobel Prize for her development of the RIA technique. This technique plays a big part in measuring hormones in the bloodstream and led to major advances in diagnosing and treating hormonal problems related to fertility.

Dr. Georgeanna Seegar Jones changed the face of medicine with her groundbreaking research. While still a medical student, she showed that the pregnancy hormone (now called chorionic gonadotropin) arose from the placenta rather than from the pituitary, as was previously believed. Together, with her husband, Dr. Howard Jones, they brought IVF to the United States. And in 1981, the first IVF baby in the U.S., Elizabeth Carr, was born at their center, the Jones Institute.

Jean Purdy, a nurse and the world’s first embryologist, has gone largely unrecognized for decades. Letters released reveal the continuous efforts of IVF pioneer, Dr. Robert Edwards, to honor his unsung female colleague, Jean Purdy. Drs. Edwards and Steptoe gained worldwide fame as the developers of in vitro fertilization. Jean Purdy played a crucial role when she observed that an embryo in a petri dish had divided into eight cells. This resulted in the conception and birth of Louise Joy Brown, the world’s first IVF baby in 1978, the first of millions of babies born in the world using IVF!

Dr. Lucinda Veeck Gosden was the first embryologist at the Jones Institute. She worked alongside Dr. Howard Jones as part of the original IVF team that welcomed Elizabeth Carr, the first IVF baby in the United States.

Embed from Getty Images
A portrait of Louise Joy Brown with her parents in England. Her birth was televised for all the world to see marking a new era for reproductive technology.
Embed from Getty Images
Judith Carr gets a first glimpse at her newborn baby girl, Elizabeth, the first baby born in the United States as the result of in vitro fertilization.

The tireless and brave work of these female pioneers in reproductive medicine led to the birth of two women who have continued their legacy by being infertility advocates, even all these years later.

On July 25, 1978, Louise Joy Brown was the first baby born into the world through IVF. Her birth brought about new hope for those facing infertility and marked the beginning of millions and millions of IVF procedures worldwide.

Just a few years later, in 1981, arriving in Norfolk, Virginia to parents Judith and Roger, Elizabeth Carr was born at a time when as few as five clinics in the entire country were performing IVF. Now, Elizabeth has a son of her own and is an advocate for infertility around the world. 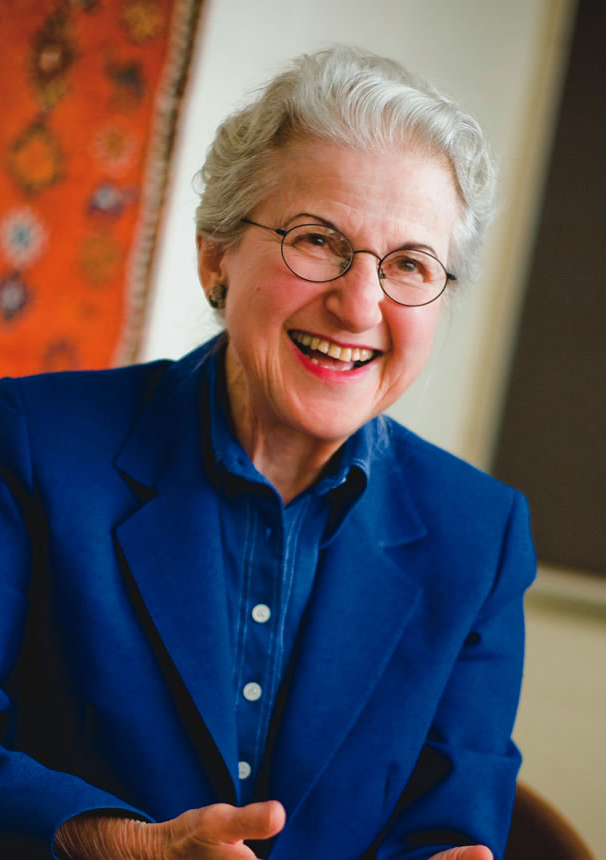 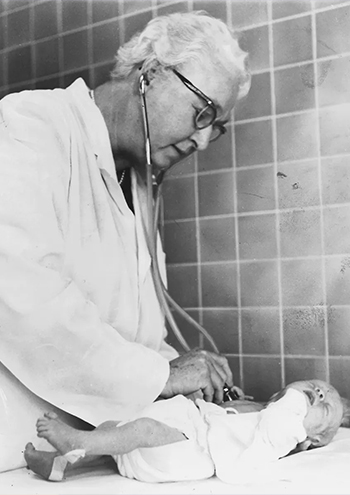 Dr. Beatrice Mintz was an embryologist who furthered the understanding of how cells influence the cells around them. Beatrice's work was at the cutting edge at a time in which in order to study embryology, she had to invent the tools to do it. In order to study embryology, she made 'multi-mice' mixing embryos from white mice with embryos from black mice so she could study the parts of the embryo that contributed to the grown mouse.

Dr. Virginia Apgar was the first woman at Columbia University College of Physicians and Surgeons to be named a full professor.

Quoted as saying, “Birth is the most hazardous time of life. It is urgently important to evaluate quickly the status of a just-born baby and to identify immediately those who need emergency care.” Dr. Virginia Apgar developed, presented, and published the Apgar Score in 1953 as a method to assess how well a baby has endured a delivery. The Apgar Score has since been used as the worldwide standard for babies born in hospitals all around the world.